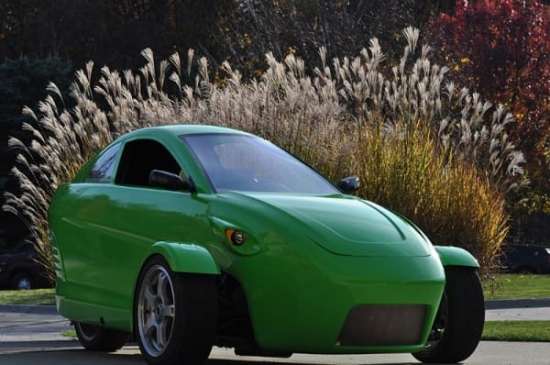 Elio Motors Scam, what does that mean?  While I really hope this three-wheeled car company can make it to production, I sort of doubt they ever will.  Here is why.

Elio Motors has had a hell of a time securing a plant to actually produce and build the 3-wheeled Elio car/trike or whatever you want to call it.  As my CarNewsCafe colleagued reported Elio has had to resort to creative financing and lease deals to finally secure a shuttered General Motors plant in Shreveport, Louisiana. How this deal worked out is an outside company, Caddo, has bought the plant through a real estate property trust.  This trust has leased the the facility to a property management company and through this company it is now being rented out to Elio Motors so they can supposedly get production rolling.

For awhile it seemed like Elio was not going to get the funding for Elio plant but it did work out in the end. The advantage for Shreveport, LA is that Elio plant should create 1,500 jobs and be a boost to the local economy.  If they make it to production and sell cars.

Financials and Production Goals do NOT Make Sense

Aaron Turpen wrote a great editorial about how Elio Motors is not Viable even if they do receive all the funding they need.   Here is a breakdown of how they expect to make money on the selling the Elio trikes and how much money they will make on each model.

For starters, the breakdown of costs and profits on each unit produced and sold is not very encouraging. They aim for a $5,959 sticker price (this, of course, is the dealer’s wholesale price, the price Elio charges to the dealership for the car, not the final MSRP for the consumer). They arrive at a cost of about $4,368 per unit and an actual margin of about $1,000, the other $591 being eaten up by non-manufacturing costs like their plant retail store, advertising cost per unit, and warranty/liability coverage.

While a lot of industries making a $1,000 per unit sold sounds good, in automotive manufacturing it isn't that great.

Simple math says that if Elio makes $1,000 per car built and sold and has raised $250 million in funding (roughly the current money raised plus future requirements to get the plant operational), then they would have to sell.. 250,000 cars just to enter the realm of profitability. They expect to reach a steady 250k units per year within the first two or three years of operation, with their first year being a huge 68,000 or so units, and so expect profitability within five years – laudible, but probably not realistic given the sales numbers required.

While it might be possible for Elio to sell a few thousand cars per year in the first year of production, I'm doubtful they are going to get to achieve 250,000 units in a couple of years.  Tesla Motors, a media darling, has been around for almost 10 years and is still building roughly 20,000 cars each year.  This is in also in a shuttered GM/Toyota facility that required significant upgrades and retooling to get operational.  Can Elio expect to beat Tesla's production numbers?

Not even luxury automakers meet the yearly sales Elio Motors is hoping to achieve.

In fact, 68,333 units (the actual number Elio wants to build in less than a year) would be more cars than Jaguar-Land Rover sold last year combined. Between them, those two premium nameplates, who both have a rich history and long-established reputation in the market, managed to sell only 50,000 cars last year.  It’s also more than Mitsubishi sold and is close to the total sales for Volvo.

Although it should be pointed out that the Elio is not meant to be a luxury car.  It's a car that appeals to the masses but they still have production restraints to consider.  We've talked about some of the production issues on CarNewsCafe Podcast 14 where we emphasize the large number of failures in the auto industry.  (Aptera, Tucker, Lit Motors, etc.)   We also discussed this in the CarNewsCafe Podcast 11 as well.

Well these reservations do look  good it is still unclear how many of these people have put down the full $1,000 “All In” deposit for an Elio.  If all 34,000 put down $1,000 that would be $34 million dollars Elio Motors has in the bank.  Pretty unlikely as they have different reservation increments from $100-$1000 and it seems most people do not opt for the All In reservation deposit.  Still the company has shown there is demand for the 3-wheeler and Aaron's Elio Motors Review has a massive amount of views has also shown this.

The truth is everyone in the automotive/motor press does hope that Elio can make it to production.  We'd all like to enjoy inexpensive, reliable, and American-made transportation.  (You know, since writers don't make much money.)  Likely I'd buy one if they starting producing them.  It just seems like there are so many hurdles to get to this point still I'm doubtful it will happen and the Elio Motors Scam is real.

There are still many questions to be answered.  Can they be profitable?  Does that matter?  How long will it take them to turn a profit?  How much retooling and upgrades to the Shreveport plant do they need to do? Paul Elio will be able to get the Elio into production?

If you have a thought about Elio Motors, leave a comment below and let me know.  Do you believe